Written by John Baley on October 1, 2021. Posted in Uncategorized

The 2021 Zurich Lecture Series
ISAPZURICH and CHIRON PUBLICATIONS
present
Roderick Main, PhD
October 1 and 2, 2021 | Zurich, Switzerland
This program will be live at ISAP and live-streamed via Zoom
NEW! Purchase ticket for Zoom attendance 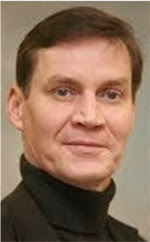 2021 ZLS Speaker – Roderick Main, PhD
Roderick has a BA and MA in Classics from the University of Oxford and a PhD in Religious Studies from Lancaster University. He joined the Department of Psychosocial and Psychoanalytic Studies at Essex (formerly the Centre for Psychoanalytic Studies) as a visiting research fellow in 1997 and was appointed as a lecturer in 2000, senior lecturer in 2007, and full professor in 2011. He has had many roles in the department, including Course Lead for the MA Jungian and Post-Jungian Studies between 2002 and 2009 and Director (i.e., Head of Department) between 2008 and 2012. He is currently Director of Education as well as Director of the Centre for Myth Studies. From 2014 to 2016 he was seconded to a University role as Deputy Dean (Education) in the Faculty of Social Sciences.
Roderick’s teaching and research mainly focus on the work of Carl Gustav Jung, especially in relation to religion, mythology, literature, and society. His publications have engaged in particular with Jung’s concept of synchronicity and include the books Jung on Synchronicity and the Paranormal (Routledge/Princeton, 1997; edited), The Rupture of Time: Synchronicity and Jung’s Critique of Modern Western Culture (Brunner-Routledge, 2004), and Revelations of Chance: Synchronicity as Spiritual Experience (SUNY, 2007).
In the area of myth studies he is co-editor (with Leon Burnett and Sanja Bahun) of Myth, Literature, and the Unconscious (Karnac, 2013). From 2016 to 2018 he was the Principal Investigator on an Arts and Humanities Research Council-funded project titled One World: logical and ethical implications of holism, which resulted in his two most recent books (co-edited with Christian McMillan and David Henderson): Holism: Possibilities and Problems (Routledge, 2020) and Jung, Deleuze, and the Problematic Whole (Routledge, 2021).

About the Zurich Lecture Series
The ZLS was established in 2009 for the purpose of presenting annually a significant new work by a selected Jungian psychoanalyst or scholar who has previously offered innovative contributions to the field of Analytical Psychology by either: bringing analytical a psychology into meaningful dialogue with other scientific, artistic, and academic disciplines; showing how analytical psychology can lead to a better understanding of contemporary global concerns relating to the environment, politics, religion; or expanding the concepts of analytical psychology as they are applied clinically.

For the Series the selected lecturer delivers lectures over a two-day period in Zürich based on a previously unpublished book-length work, which is published by Chiron Publications.

You are invited to participate in three days of Postlude events following ZLS, which includes an Excursion on Saturday, October 2, and lectures by ISAP analysts on Monday and Tuesday, October 4 and 5, at the International School of Analytical Psychology in Zurich.

Dr. Brigitte Egger
Complementarity Creatively Relates Diversity and Unity
Diversity is the lot of the manifest world, unity rather a transcendent principle, and complementarity expresses their inherent bond. Pursued in the manifest world, unity imbued with identity supremacism – excluding the different and the opposite – is a dangerous illusion doomed to lead to polarisation if not open warfare. Cultivated instead in the light of complementarity, it generates humanism and authentic creativity; this path requires utmost respect for, and integration of, the other, and self-limitation. Examples from biology, psychology (individuation), politics and dance.
NEW! Purchase ticket for Zoom attendance

Luis Moris, MA
Toward a Weltanschauung: Jung’s thoughts on soul and death after the Red Book
“My works,” Jung writes in his autobiography “…are fundamentally nothing but attempts, ever renewed, to give an answer to the question of the interplay between the ‘here’ and the ‘hereafter.'” This lecture explores these attempts in Jung’s private and scholarly writings from 1916 to 1934.
NEW! Purchase ticket for Zoom attendance

Scott William Hyder
Disinformation’s Shadowy Enchantment of Undoing: The Myth, Meaning, & Metaphysics of Cultural Manipulation & Exploitation
What forces are involved and benefit from disinformation and how do those affect the psyche? Does this reflect cultural complexes, or merely personal ones? How does the manipulation of media and information serve autocracy and do a disservice to the differentiation necessary for individuation, either individually or collectively?
NEW! Purchase ticket for Zoom attendance

The Self: Center and Circumference – Open Seminar

The panelists will address the issue of individuation: is the goal to achieve individual realisation only or also to contribute to community?  The panelists include Dariane Pictet, Nathalie Boëthius-de Béthune, and Paul Brutsche. Moderation: Murray Stein.
NEW! Purchase ticket for Zoom attendance