The latest from  Chiron Publications…

Written by John Baley on January 21, 2022. Posted in Uncategorized The Sacred Well Murders
by Susan Rowland
Author Susan Rowland’s first mystery novel!
Available February 1—Pre-order today.
A simple job turns deadly when Mary Wandwalker, novice detective, is hired to chaperone a young American, Rhiannon, to the Oxford University Summer School on the ancient Celts. Worried by a rhetoric of blood sacrifice, Mary and her operatives, Caroline, and Anna, attend a sacrifice at a sacred well. They discover that those who fail to individuate their gods become possessed by them.
Pre-order The Sacred Well Murders 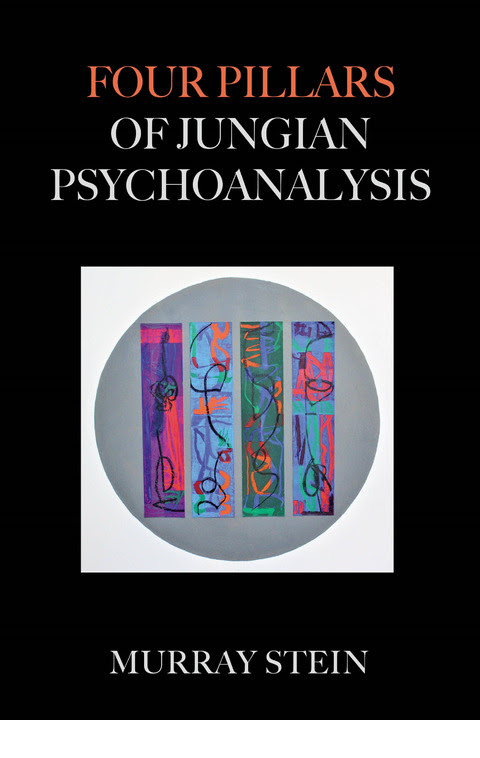 Four Pillars of Jungian Psychoanalysis
by Murray Stein
The Four Pillars of Jungian Psychoanalysis by Murray Stein is a work that describes the methods that in combination sets this form of psychotherapy apart from all the others. The first chapter describes how the theory of individuation serves as an assessment tool for the analyst and guides the process toward the client’s further psychological development. The second chapter, on the analytic relationship, discusses the depth psychological understanding of the healing effect of the therapeutic encounter.
Working with dreams and active imagination comprise the other two chapters. In both of these chapters, there is detailed discussions of how these methods are used in Jungian psychoanalysis and to what purpose. It is the combination of “the four pillars” that makes Jungian psychoanalysis unique. 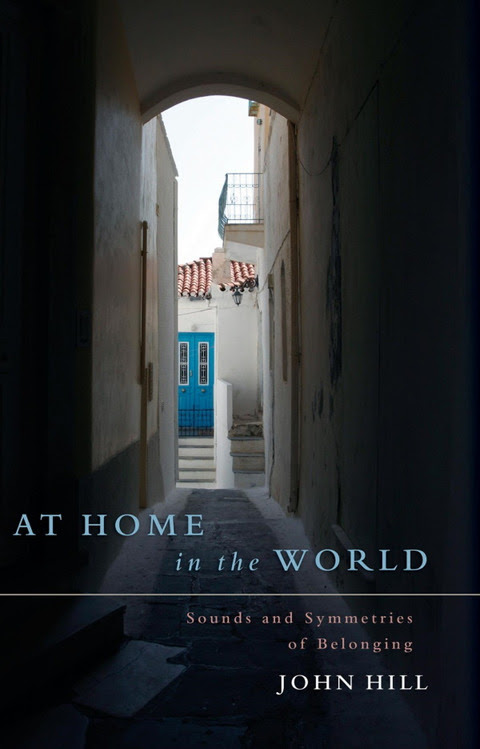 At Home In The World:
Sounds and Symmetries of Belonging
by John Hill
Part of the Zurich Lecture Series and previously published by Spring Journal, this work offers a profound philosophical and psychological exploration of the multi-dimensional significance of home and the interwoven themes of homelessness and homesickness and contemporary global culture. Home is a particular dwelling place, as a cultural or national identity, as a safe temenos in therapy, and as a metaphor for the individuation process are analyzed expertly from multidisciplinary perspectives and, more poignantly, through the sharing of diverse narratives that bear witness to lives lived and endured from memories of homes lost and regained. 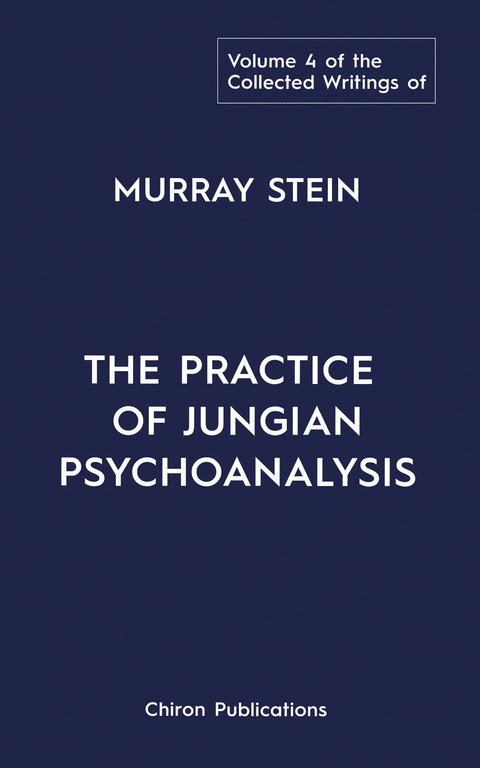 The Collected Writings of Murray Stein
Volume 4 – The Practice of
Jungian Psychoanalysis
by Murray Stein
The Practice of Jungian Psychoanalysis is the 4th volume in The Collected Writings of Murray Stein. It includes works by the author with special relevance to analytic practice. Among them are the Ghost Ranch papers from 1983-1992, essays on transference and types of countertransference, the problem of sleepiness in analysis, sibling rivalry and envy, the aims of analysis, the faith of the analyst, and reflections on spirituality in analysis. 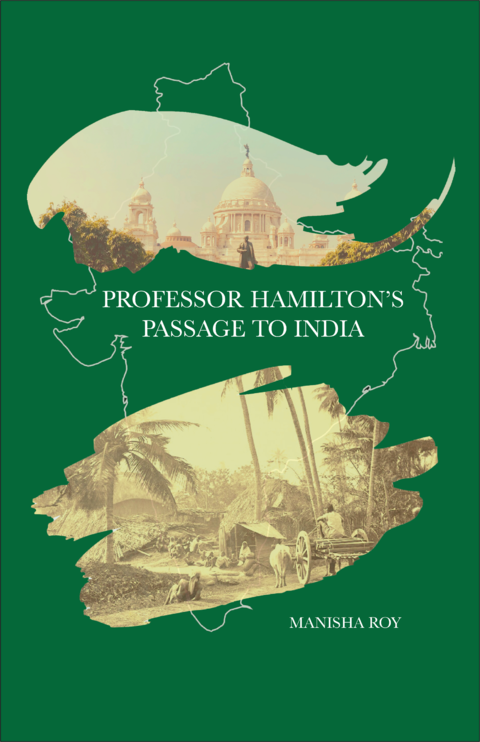 Professor Hamilton’s Passage to India
by Manisha Roy
Previously published, this book by Manisha Roy tells the story of Dr. Charles Hamilton, Professor of Infectious Diseases from a respected medical school in the U.S. who visited India after receiving a substantial research grant.
There he was invited by several institutes to visit and lecture. He accepted the invitations gladly and hoped to explore the possibility of his return for an extended stay to gather valuable data for his research. 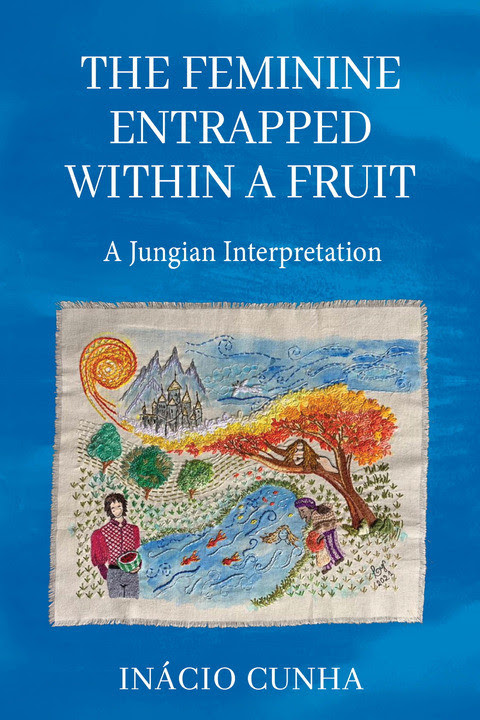 The Feminine Entrapped Within a Fruit: A Jungian Interpretation
by Inácio Cunha
The main purpose of this book by Inácio Cunha is to investigate the archetypal motif of the feminine entrapped within vegetable species (mainly fruits). Several fairy tales, originated in different regions (America, Europe, Africa, and Eastern countries) were analyzed. This motif deals primarily with the suppression and repression of the feminine principle in the collective consciousness. 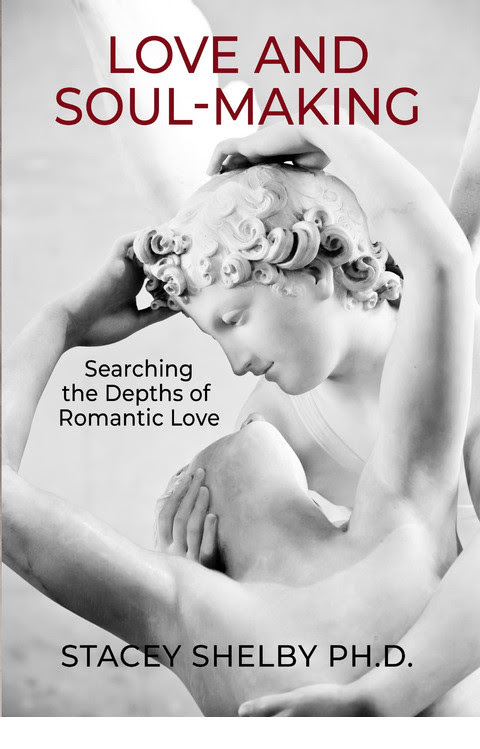 Love and Soul-Making:
Searching the Depths of Romantic Love
By Stacey Shelby

Romantic relationships are often laden with psychological expectations of mythic proportions. This book by Stacey Shelby Ph.D. examines the myths of Psyche and Eros, and Tristan and Iseult to mine the treasures of depth psychological thinking about love, desire, sexuality, and marriage. Concepts such as libido, anima and animus, projection, transference, and beauty are queried along with the premise of two unions, the inner and the outer.
Love and Soul-Making brings awareness to both the patriarchal origins of romance and the unarguably magical, archetypal experience of love. Relationships can serve as an alchemical vessel for the development of the soul as part of the individuation process. The struggles of relationships, whether one is partnered or not, can allow us to engage more deeply with the psyche and can guide us further into her territory. For those experiencing romantic difficulties, the myth can serve as a guide to the stages involved in soul-making and how that is enacted in human relationships. Soul (Psyche) follows what she loves (Eros).