Chiron Publications is pleased to announce the release of Verena Kast’s Father-Daughter, Mother-Son!

Written by John Baley on August 15, 2022. Posted in Uncategorized 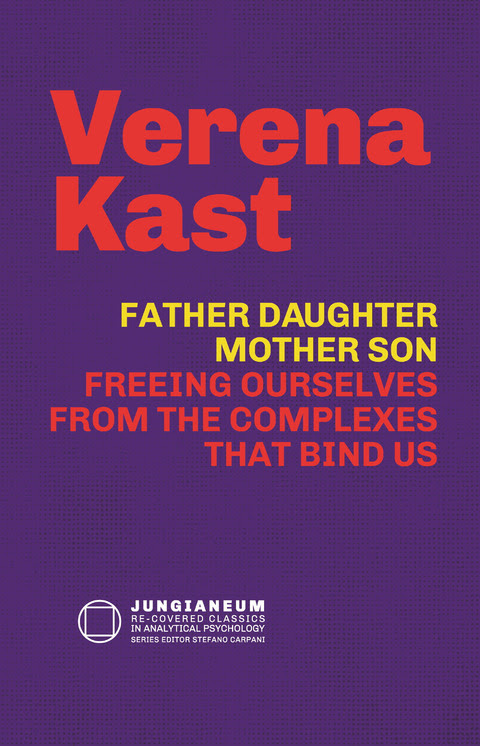 First published by Element Books in 1997, the book has become a classic read for those adventuring into Carl Gustav Jung ́s concept of complexes—what they are, how they affect our life and shape our relationships— and for those wanting to understand more about the relationship between fathers and daughters, and mothers and sons—of whatever sex and gender.

1 Loosening parental ties – ‘I want to do everything differently’

6 Aggression and lament – Developing beyond the originally positive mother complex

10 ‘As though paralysed’ – The originally negative mother complex in men

13 Staking out territory in the unknown

Order Father Daughter, Mother Son
About the Author
Professor Verena Kast studied psychology at the Universities of Basel and Zurich and trained as a psychoanalyst at the C.G. Jung Institute Zurich. From 1973 – 2008 she taught at the University of Zurich. She is past president of the Swiss Society for Analytical Psychology, and of the IAAP. She was chairwoman of the International Society for Depth Psychology, co-director of the Lindau Psychotherapy Weeks and past president of the C.G. Jung Institute.
About the Curator
Stefano Carpani M.A., M.Phil., (1978) earned a Master of Philosophy and a Master of Arts in sociology from Cambridge University and Manchester (respectively). He graduated in Literature and Philosophy from the Catholic University of Milan. He is a graduate of the C.G. Jung Institute Zürich (CH) and a Ph.D. candidate at the Department of Psychosocial and Psychoanalytical Studies, University of Essex (UK). He works in private practice in Berlin (DE). He is the initiator of the YouTube interview series Breakfast at Küsnacht, which aims to capture the voices of senior Jungians. He is the author of The Consequences of Freedom (in Jungian Perspectives on Indeterminate States: ‘Betwixt and Between’ Borders, Routledge, 2020), and The Numinous and the Fall of the Berlin Wall (unpublished, winner of the Kim Arendt Award 2019). Stefano is also the editor of Breakfast at Küsnacht: Conversations on C.G. Jung and Beyond (Chiron, 2020), and The Plural Turn in Jungian and Post-Jungian Studies: The Work of Andrew Samuels (Routledge). 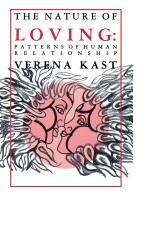 Other Books by Verena Kast
The Nature of Loving:
Patterns of Human Relationship
Verena Kast discusses close interpersonal relationships, their dynamics and depth dimensions as well as their surface problems from the viewpoint of archetypal patterns. Problems of bonding, of disillusionment, of projection and introjection are carefully discussed. Focusing primarily on the relationship between the sexes, this work also includes much that is relevant to other forms of human intimacy. Myth is brought alive and illuminates the present with the intense light cast by archetypal understandings.
Order The Nature of Loving 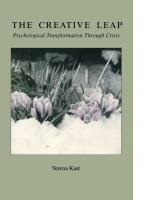 Common to many different kinds of crisis is a turning point, where old attitudes and behaviors must make way for change. It is at this moment, signaled by anxiety, even panic, that the creative leap is required.

Verena Kast, in her wonderful narrations of actual case histories, describes the typical psychic background of a crisis, as well as the developmental possibilities contained in them.