Chiron Publications is pleased to re-release the book Jung And Aging: Possibilities And Potentials For The Second Half Of Life.

Written by John Baley on September 9, 2021. Posted in Uncategorized Chiron Publications is pleased to re-release the book Jung And Aging: Possibilities And Potentials For The Second Half Of Life. The book, edited by Leslie Sawin, Lionel Corbett and Michael Carbine, was first released by Spring Journal Books and is once again available now through Chiron.
Aging—what it is and how it happens—is one of today’s most pressing topics. Most people are either curious or concerned about growing older and how to do it successfully. We need to better understand how to navigate the second half of life in ways that are productive and satisfying, and Jungian psychology, with its focus on the discovery of meaning and continuous development of the personality is especially helpful for addressing the concerns of aging.
In March 2012, the Library of Congress and the Jung Society of Washington convened the first Jung and Aging Symposium. Sponsored by the AARP Foundation, the symposium brought together depth psychologists and specialists in gerontology and spirituality to explore the second half of life in light of current best practices in the field of aging. Featuring essays by James Hollis and Lionel Corbett, this volume presents the results of the day’s discussion, with supplementary perspectives from additional experts, and suggests some practical tools for optimizing the second half of life.
James Hollis offers a challenging perspective on self-examination in chapter 12, “For Every Tatter in Our Mortal Dress: Stayin’ Alive at the Front of the Mortal Parade.” Starting with a quote from Yeats, he focuses on five paradoxes about the “problematics of aging”: the fullness of life versus the necessity of loss, our inability to fully imagine the future as an aging person, our desire to retain youth and health, our inability to live in the face of our mortality, and the role of the “fool” in old age. He then offers some ideas about aging: embracing curiosity, asking the right questions, and recovering “personal authority.” He concludes with important questions that, when asked, enlarge our perspective and help redefine meaning.

Pre-order today The Best of James Hollis: Wisdom for the Inner Journey

Written by John Baley on September 9, 2021. Posted in Uncategorized

The Best of James Hollis: Wisdom for the Inner Journey Chiron Publications is pleased to present The Best of James Hollis: Wisdom for the Inner Journey.  The book, releasing October 1, is now available for pre-orders.

The Best of James Hollis: Wisdom for the Inner Journey

is a collection of excerpts from the writings of James Hollis, PhD, Jungian psychotherapist and author. These selections, compiled by editor Logan Jones, span across his body of work from The Middle Passage (1993) to Prisms (2021) organized into different topics ranging from the psychological concepts of Carl Jung to the everyday tasks of our living and callings.

Hollis’s wisdom will challenge readers to find their own path, to be who they are called to be, to take the risks to trust their soul, and thus live a life worthy of their unique gifts. Hollis’s writings ask us to live a deeper and more authentic life.

Pre-order The Best of James Hollis on Amazon

Other Books by James Hollis

Prisms: Reflections on the Journey We Call Life summarizes a lifetime of observing, engaging, and exploring why we are here, in service to what, and what life asks of us. These eleven essays, all written recently, examine how we understand ourselves, and often we have to reframe that understanding, the nature and gift of comedy, the imagination, desire, as well as our encounters with narcissism, and aging.

Hollis, a Jungian Analyst in Washington, D.C., explores the roadblocks we encounter and our on-going challenge to live our brief journey with as much courage, insight, and resolve as we can bring to the table.

In Hauntings, James Hollis considers one’s transformation through the invisible world—how we are all governed by the presence of invisible forms—spirits, ghosts, ancestral and parental influences, inner voices, dreams, impulses, untold stories, complexes, synchronicities, and mysteries—which move through us, and through history. He offers a way to understand them psychologically, examining the persistence of the past in influencing our present, conscious lives and noting that engagement with mystery is what life asks of each of us. From such engagements, a deeper, more thoughtful, more considered life may come. James Hollis, Ph.D. is a Jungian Analyst in private practice in Washington, DC. Originally a Professor of Humanities, he is the former Director of the Houston Jung Center and the Washington, D.C. Jung Society.
He is Vice-President emeritus of the Philemon Foundation, author of seventeen books, and a frequent public speaker. He lives with his wife Jill, a retired therapist and painter, and together they have three living children.

The Jewel in the Wound in September Book Spotlight!

Written by John Baley on September 2, 2021. Posted in Uncategorized

The Jewel in the Wound The Jewel in the Wound is the compelling story of how the author’s disfiguring scars guided her search for a connection to the mother who died at her birth, and ultimately led to her own psychological development.
In this process, the scars became the sacred jewels that illuminated the pathway of self-understanding. Movingly told from a Jungian point of view and in the intimate context of analysis, it is not only the autobiography of a person with a life-long dedication to understanding the psyche, but also a portrayal of the unconscious as it reveals itself throughout the course of that person’s life. As a journey of the soul, the book includes dreams, art work, and active imagination-all ways of accessing the archetypal dimension underlying body symptoms.

Written by John Baley on August 27, 2021. Posted in Uncategorized 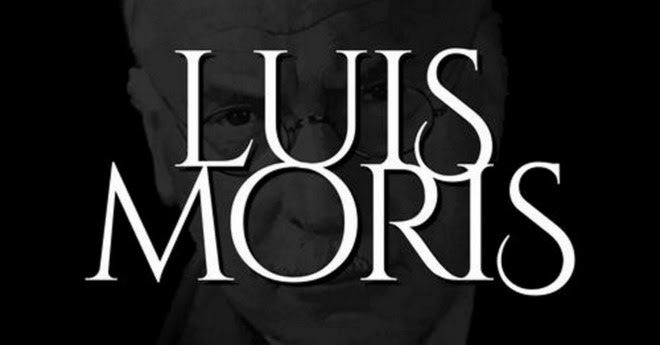 Luis Moris, editor of A Jungian Legacy: Tom Kirsch, was recently featured on Speaking of Jung with Laura London.

Click Here to Listen to Luis Moris on Speaking of Jung 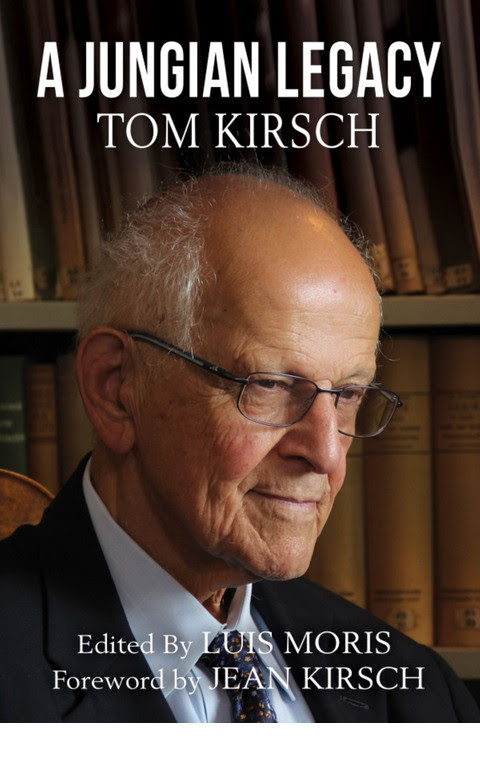 A Jungian Legacy: Tom Kirsch honors the life and legacy of Tom Kirsch with essays from close friends of Tom who share how he touched their lives. In addition, included is Tom’s talk at ISAP for the memorial day of Jung, which was about his relationship to Zurich and to the Jungian analysts, including Jung himself, and also his interview with Murray Stein.

From the moment of his conception in his mother womb, Tom Kirsch was surrounded by Jungians. Jungian psychology was, as it were, written into his DNA. His contributions to the field are immeasurable and his legacy will continue to impact future generations.

In A Jungian Legacy: Tom Kirsch, Luis Moris has edited and published the complete text of a filmed interview with Tom and enlarged this manuscript with chapters by some of Tom’s closest friends and colleagues.

“Luis has been motivated to edit and publish the complete text of the filmed interview herein and to enlarge this manuscript with chapters by some of Tom’s closest friends and colleagues… Our lives do live on in the minds and hearts of those who remember us. This book is a work of love, a kind of Kaddish, for which Tom may be deeply grateful.” – Jean Kirsch

Table of Contents
-Foreword by Jean Kirsch
-Preface by Luis Moris
-Introduction by Murray Stein
-The Arch of My Life by Thomas B. Kirsch
-Thomas B. Kirsch in Conversation with Murray Stein in the Home of C.G. Jung
-Thomas Kirsch: A Man for All Seasons by Thomas Singer
-Tom as a Feeling Mentor and Monitor by John Beebe
-Tom Kirsch in China by Gao Lan, Heyong Shen
-Tribute to Tom Kirsch by Andreas Jung
-Loving Tom, Living Tom, Losing Tom—a Bricolage by Andrew Samuels
-About the Author

Luis Moris is a Jungian analyst in private practice in Zurich. In 2016, he founded Blue Salamandra Films, a production house dedicated to the creation of films that relate to the works of C.G. Jung and analytical psychology.

Their short films include People from ISAP Zürich featuring the diversity of the Institute’s members, and Mercurius Centre Visiting ISAP Zürich in which students from Nanjing, China, came to Zürich for a month to learn Jungian psychology.
Their full-length films are Jungians Speaking, available as a 9-volume DVD set; and Thomas Kirsch in Conversation with Murray Stein in the Home of C.G. Jung, which was also made into the book, A Jungian Legacy: Tom Kirsch, edited by Luis. It includes contributions by Jung’s grandson, Andreas, and Jungian analysts John Beebe and Andrew Samuels.
Moris’ website is www.luismoris.com.

Purchase Jungians Speaking DVDsPurchase Thomas B. Kirsch in Conversation
with Murray Stein in the Home of C.G. Jung DVD

Live Webinar on Volume 3 of the Collected Works of Marie-Louise von Franz!

Written by John Baley on August 23, 2021. Posted in Uncategorized

A poisoned apple. An evil stepmother. A cold dark tower. The heroine is confronted out of the darkness of her own unconscious. Will she be devoured by the dark animus of the archetypal evil stepmother, or can she confront her ghosts and transform them into a healing space of strength?

Dr. Steven Buser, general editor of The Collected Works of Marie-Louise von Franz, gives a behind the scenes look into the editing process and dives into content of Volume Three, Archetypal Symbols in Fairytales: The Maiden’s Quest.

The maiden/heroine navigates a complicated maze of inner and outer relationships as she builds a bridge to the unconscious. The heroine contends with the animus in many forms like a devouring and incestuous father, demonic groom, the beautiful prince, an androgynous mother, and through conflict with the evil stepmother. Dangers and pitfalls await her as the conscious feminine strives to make connections with the unconscious masculine. The maiden is the undeveloped feminine and the promised fruit of her struggle with the animus is the coniunctio.

von Franz is the master at bringing fairytales alive and fathoming their depths. Her writings are some of the most profound work ever done on fairytales. Her deepening journey in Volume Three marvelously illuminates the quest of the feminine.

Murray Stein speaks on The Hidden World of Transformation

Written by John Baley on August 14, 2021. Posted in Uncategorized Dr. Murray Stein was a recent guest on The Hidden World with Whitney Logan. Stein speaks on transformations, the topic of the third volume of his Collected Writings.

Transformation is a word used often in discussions of psychological and spiritual development. The works in this collection are directed at an assessment of this developmental process on a personal, individual level as well as on a cultural level. These works extend from consideration of transformation in the lives of great figures like Rilke, Rembrandt, Picasso, Jung, and Dante to cultural topics like the changing God image in modern times. With the world in flux, transformation is a topic of relevance on many levels of human existence.

Listen to Murray Stein on The Hidden World via Spotify

Listen to Murray Stein on The Hidden World via Apple Podcast

Murray Stein, Ph.D., studied at Yale University (B.A. in English) and attended graduate student at Yale Divinity School (M.Div.) and the University of Chicago (Ph.D. in Religion and Psychological Studies). He trained as a Jungian psychoanalyst at the C.G. Jung Institute of Zurich. From 1976 to 2003, he was a training analyst at the C.G. Jung
Institute of Chicago, of which he was a founding member and president from 1980-85. In 1989, he joined the executive committee of IAAP as honorary secretary for Dr. Thomas Kirsch (1989-1995) and served as president of the IAAP from 2001-2004. He was president of ISAP Zurich 2008-2012 and is currently a training and supervising analyst
there. He resides in Goldiwil (Thun), Switzerland. His special interests
are psychotherapy and spirituality, methods of Jungian psychoanalytic
treatment, and the individuation process. Major publications include In
Midlife, Map of the Soul – Persona, The Principle of Individuation, Outside, Inside and All Around and The Bible as Dream.