Written by John Baley on January 28, 2022. Posted in Uncategorized

The Jung Society of Washington will host Susan Rowland, Ph.D. for a lecture on Friday, June 24, and a workshop on Saturday, June 25. Registration is now open for these Zoom events.
Jung’s Feminine Heroic in Tumultuous Times, with reference to

The Sacred Well Murders, a lecture with Susan Rowland

Jung portrays individuation as beginning with the death of the hero. Not for the first time, his insight is prescient for our troubled twenty-first century in which notions of the heroic masculine warrior have been tested to destruction, even on occasion becoming vehicles for the shadow. By contrast, Jung provides a feminine that is marginalized, often forced into the shadow, pluralized, and hospitable to other cultures and/or forms of consciousness. Taking inspiration from Jung’s feminine, it is possible to discover less ego-centric, less dogmatic, less euro-centric, and more collective modes of individuation. Arguably, these are better fitted to intervene in the crises of our times.

To explore new kinds of heroism, Rowland’s Jungian arts-based research has transitioned into writing murder mysteries because the genre is a link to pre-patriarchal individuation myths, such as those of the Holy Grail and the Well Maidens of Logres. In particular, she will demonstrate her argument using her novel of Jungian active imagination and amplification, The Sacred Well Murders, which arose from Jungian divination during the pandemic. If possible, she encourages people to read the novel ahead of the lecture to facilitate discussion of how its feminine heroism both arises from, and responds to, pandemic conditions and climate anxiety.

Register for Lecture
How to Make Art or Creative Practice into Jungian Arts-Based Research,
a workshop with Susan Rowland

This workshop will be in three parts: First, you will examine Jung’s theory and practice of psychic fertility or creativity and divination. Second, you will experientially explore psychic images arising within the group. You will work singly and collaboratively to delve into the (sacred) well of psychic energy constellated by Jungian arts practices and by archetypal activation between participants. Third, you will take time to devise a project that might stretch from initial psychic images to a work of Jungian arts-based research that can enter and participate in the anima mundi. Put another way, you will envision JABR as psychotherapy for the collective.
Register for Workshop
Watch Susan discusses the book in detail on this video.
Watch Video 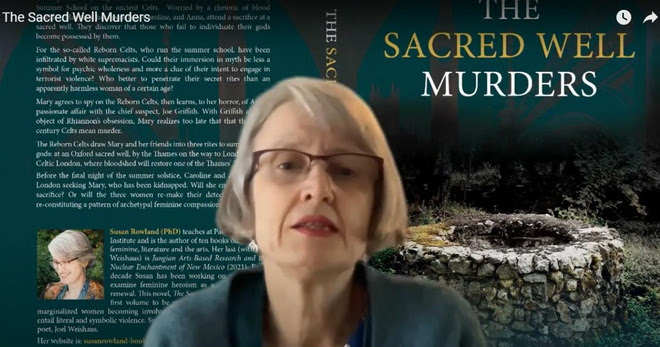 In The Sacred Well Murders… 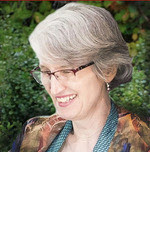 About the Author…
Susan Rowland (PhD) teaches at Pacifica Graduate Institute and is the author of ten books on Jung, the feminine, literature and the arts. Her last (with Joel Weishaus) is Jungian Arts-Based Research and the Nuclear Enchantment of New Mexico (2021).
For a decade Susan has been working on a project to examine feminine heroism as a way to cultural renewal. This novel, The Sacred Well Murders, is the first volume to be published. The book explores marginalized women becoming involved in epoch-defining events that entail literal and symbolic violence.
Susan lives in southern California with poet, Joel Weishaus. Her website is: susanrowland-books.com